Richard trained in Drama and Theatre Arts at the University of Birmingham. Since then his theatre work has included repeat bookings with companies including York Theatre Royal, Nottingham Playhouse, Tonguetied/State of Play Theatre, North Country Theatre, Badapple Theatre and West Yorkshire Playhouse. Much of his theatre work has on family entertainment and has utilised his singing voice and musical skills. Recent credits include self-penned The Hunt for the Magical Chocolatey Chick and The Frozen Roman for Badapple Theatre as well as several commercials. 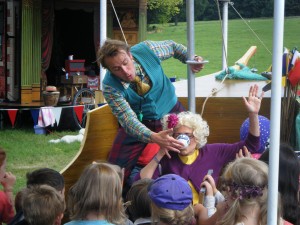 On screen Richard played the role of Jared in Emmerdale. He also filmed a short film for the HMS Caroline Experience as well as adverts for Go Outdoors, Motorpoint, Bensons for Beds and Vaillant, SBB (Swiss Federal Railway) plus various corporate videos. Other TV work includes Hollyoaks and further episodes of Emmerdale.

For York Maze Richard wrote and performed five different Phantomimes (Halloween pantomimes), plus a Summer panto entitled The Get Lost Show, taking on the role of the Dame. He has also written and performed shows commissioned by York Greenways, York’s Castle Museum and Little Vikings.

“If you’ve enjoyed the Maze’s shows before, you won’t be disappointed: it’s a suitably silly story, brought to life by a talented cast, hilarious props and a sparkling script. Expect daft songs, innuendos and audience participation: the kids loved it so much that they kept asking if we could see it again.” – Little Vikings UK

Having directed several shows for Badapple Theatre, Richard was invited to perform in their 2019 tour of The Frozen Roman, playing the role of Adrian. 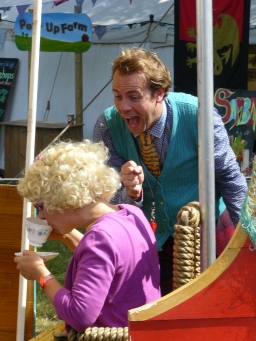 Richard reprised his role as Mr Trout for State of Play’s (formerly Tonguetied Theatre) The Revenge of Mr Trout over three years, visiting festivals including Just So, Barnaby, Beautiful Days and Latitude.

Prior to that he appeared in Richard Hurford’s 3-hander Shakespeare in is Cups for York Theatre Royal as part of the York International Shakespeare Festival. 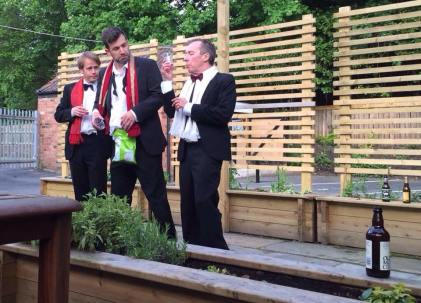 The Hunt for the Magical Chocolatey Chick